Sunday was a most curious day of inept piracy on the low fresh-waters of the Lake of Zoo.

Latter-day pirates, especially in landlocked provinces like Gauteng, are something of a rarity. In order to spot them, it is best to seek out bodies of water where boats and other watercraft may be found.
Zoo Lake may seem like an unlikely spot to find such miscreants, but in fact it is not. Numerous pirates converged on the Lake this Sunday past. I and my kitchen-wench were amongst them.

Still, the pirate/daemon/witches eventually came to terms with the treachery of reverse-backward rowing tricks.

Alas! Witches and daemons are not pirates at heart, and partook of less rum than those who rampaged across the low fresh-waters, terrorising children and geese alike.
The rum turned the  pirates unruly, and they strayed from their noble cause of ransacking the lake of litter to ransacking fellow pirate/witch/daemon vessels of supplies. Witches lost hats. Daemons lost arcane powers of patience.

‘Twas verily a morning well spent, and had we witches and daemons been more inclined to drink, ‘twould a well spent afternoon have been too. 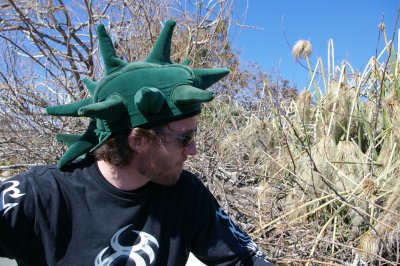 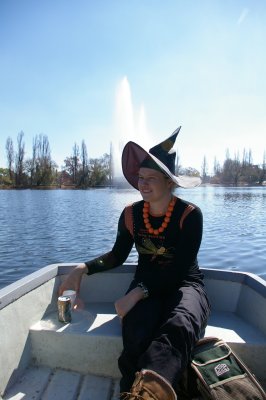 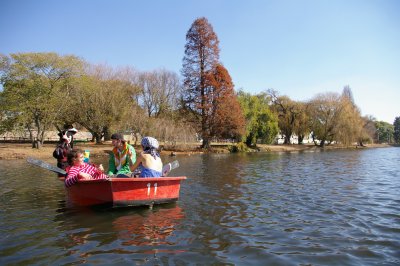 A small selection of Pirates of the Lake of Zoo

5 thoughts on “Piracy on the Lake of Zoo!”

More of my Waffle